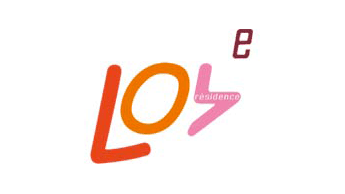 Founded in 1993 by the six members of the studio L’Oreille coupée, Le Lobe was at first a sub-space of 200 square feet, carved out of the artists’ own work spaces. Since then, Le Lobe has undergone two transformations, grown and become autonomous. Now housed in TouTTout, a studio collective, Le Lobe is located once again and evermore in a production space. In order to take advantage of this dynamic setting, the centre’s activities are dedicated to receiving artists in residence. Le Lobe aims to be a laboratory for artistic enquiry and experimentation in every field of contemporary visual art. It professes a preference, however, for alternative, hybrid and innovative practices and for risky projects which give rise to a reflection on the place and modes of the exhibition of art. Its mandate is to promote encounters between varying forms of poetry, aesthetics and commitment, at all times adjusting its work to the needs of the artists it hosts. Artists accepted into residency stay at Le Lobe for a period ranging from two to four weeks. They are lodged with a member of the organization’s board of directors and benefit from the use of the gallery as a studio space. A collective woodworking shop is also placed at their disposal. Following their production residency, their work is shown publicly, most often in the form of a two-to-four-week exhibition. Flexible and malleable, Le Lobe acts as a veritable sensor of artistic movements and shifting currents. Artists and their work are seen as generators of meaning and questions. Le Lobe also organizes innovative and well-attended occasional events, in particular a discussion evening in which artists from Saguenay–Lac-St-Jean present projects they have carried out outside the region, as well as a special evening during the Fête de l’art.